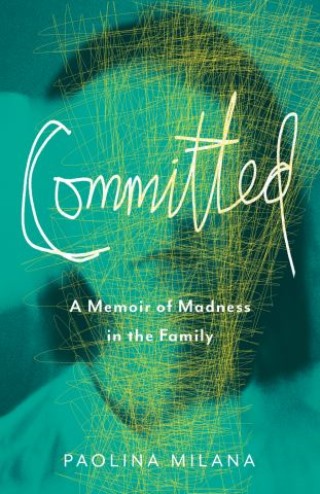 A Memoir of Madness in the Family

After a decade of caring for crazy and keeping her mother’s mental illness a secret from the outside world, twenty-year-old Paolina Milana longs for just one year free from the madness of her home. When she gets the chance to go to an out-of-state school, she takes it, but her family won’t leave her be. Letter after letter arrives, constantly reminding her of the insanity rooted in her family tree. Even worse, the voices in her own head whisper words she’s not sure are normal. “Please don’t make me be like Mamma,” she prays to a God she’s not sure is listening.

The unexpected death of her father soon after she returns home leaves Paolina in shock—and in charge of her paranoid schizophrenic mother. But it isn’t until she is twenty-seven and her sister two years her junior explodes in a psychotic episode and, just like Mamma, is diagnosed with paranoid schizophrenia and must be committed, that Paolina descends into her own despair, nearly losing herself to the darkness.

Poignant and impactful, Committed is one woman’s story of resilience as she struggles to stay sane despite the madness that surrounds her.

Paolina Milana: Published author, speaker, podcaster, and founder of Madness To Magic, Paolina Milana’s mission is to share stories that celebrate the triumph of the human spirit and the power that lies within each of us to bring about change for the better. Her professional background includes telling other people’s stories, first as a journalist and then as a PR and digital marketing executive in both corporate and non-profit environments. She currently serves as a Court Appointed Special Advocate (CASA) for children in foster care and as an empowerment coach, using storytelling to help people reimagine their lives, write their next chapters, and become the heroes of their own journeys. Paolina has won awards for her writing and creative campaigns, including her first full-length book The S Word, which received the National Indie Excellence Award. Her self-help picture book for adults Seriously! Are We There Yet?! will publish late 2020. Paolina is first-generation Sicilian, married, and lives on the edge of the Angeles National Forest in Southern California.