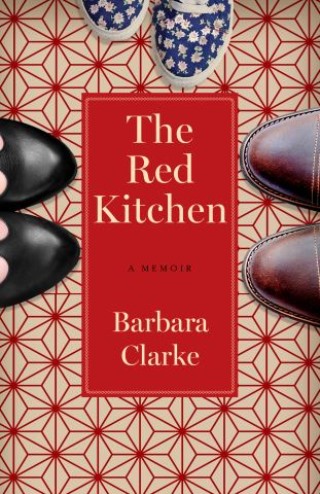 At the age of seven, Barbara witnesses a frightening incident between her parents. She goes on to spend much of her childhood toggling between the happy family she longs for and the unhappy one she’s in but can’t repair. Disturbed by the smell of rotting leaves and an uneasy feeling about her father, she will spend half her life trying to get to the bottom of the reasons why.
As an adult, a summer in Africa allows Barbara to live without labels—wife, mother, daughter, sister—and become the woman she wants to be: funny, compassionate, complex, and often flawed. The Red Kitchen is the story of both Barbara and her mother, who, like many women, both spend much of their lives surrendering to society’s expectation to be one thing while yearning to be another. Ultimately, both women—in very different ways—come of age, find the loving parts of their mother-daughter relationship, and start living their best lives.

Barbara Clarke: Barbara Clarke has received many labels through the years, some unwanted—“Best Body” in the ninth grade and “ex-wife” twice. In midlife, she worked in Kenya; she later developed a career as an executive. She has moved more than sixty times. A mailperson once told her that she held the local record for the most forwarding labels of someone not fleeing the law: three. And most recently she was given a label she treasures, earned in a class developing this memoir: “Most likely to start a forgiveness movement.” You can find out more about her varied career as a writer and read her blog at www.barbaraclarke.net.