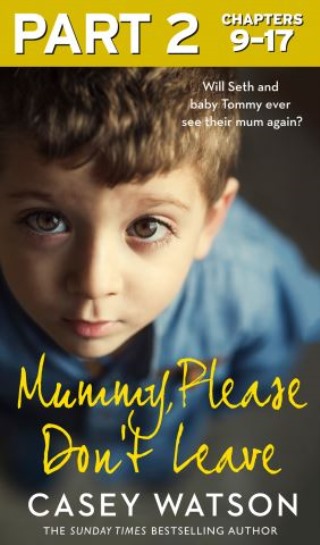 The Watsons are no strangers to sibling placements but when Casey takes the call from her supervising social worker one frosty January morning, she can instantly tell from the tone of her colleague’s voice that there’s a complicated case ahead.

And she’s right. A four-day-old baby boy called Tommy – born in prison – plus his four-year-old half-brother, the lively Noah. A month later, the very moment she gets out of prison, the boys’ mother – a 19-year-old called Jenna – also follows.

For Casey, it would it be a difficult scenario on several levels. Caring for a new born in her fifties with a pre-schooler who has spent most of his young life without boundaries tearing around her ankles, while also looking out for his drug-addicted mum who is ill-equipped to parent.

It’s an unusual situation but one that has arisen in a bid to keep the family together. Can Casey find the energy and strength needed to rise to the challenge? Casey believes she can but when baby Tommy and Noah arrive, she falters. Noah is not so much a pocket rocket as a seek and destroy missile with a whole other agenda…

Casey Watson, who writes under a pseudonym, is a specialist foster carer. She and her husband, Mike, look after children who are particularly troubled or damaged by their past.

Before becoming a foster carer Casey was a behaviour manager for her local comprehensive school. It was through working with these ‘difficult’ children – removed from mainstream classes for various reasons – that the idea for her future career was born.

Casey is married with two children and three grandchildren.